David Guetta coming to Manila for his UNITY World Tour 2017 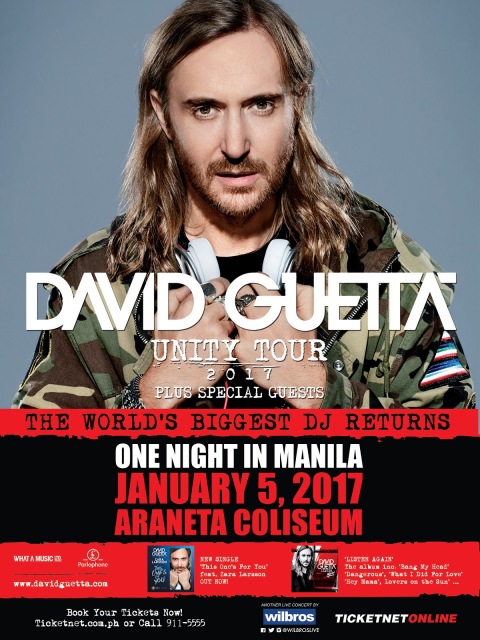 Wilbros Live is thrilled to announce that the World’s Biggest DJ – David Guetta is coming to Manila on January 5, 2017 at the Araneta Coliseum for his UNITY World Tour.
The French superstar DJ and producer has played a pivotal role in turning dance music into the chart-topping juggernaut it is today. David Guetta’s impact has been impossible to ignore or underestimate. He can be considered among the elite group of super-producers whose sound is synonymous with an era.

With worldwide smash hits like ‘Titanium’ (feat. Sia), ‘Hey Mama’ (feat. Nicki Minaj, Bebe Rexha and Afrojack), ‘Bang My Head’ (feat. Sia and Fetty Wap), ‘Bad’ (feat. Vassy), ‘Lovers On The Sun’ (feat. Sam Martin), ‘Dangerous’ (feat. Sam Martin), ‘Shot Me Down’ (feat. Skylar Grey), ‘Without You’ (feat. Usher), ‘I Can Only Imagine’ (feat. Chris Brown), ‘Sexy Bitch’ (feat. Akon) and ‘When Love Takes Over’ (feat. Kelly Rowland), Guetta is a modern-day giant and force to reckoned with. The first DJ in history to reach a staggering two billion streams on Spotify, he has sold more than 44 million singles and eight million albums. He has more than 55 million followers on Facebook, 19.5 million+ on Twitter, and is one of the most-followed artists on Spotify with 17.5 million+ monthly listeners. 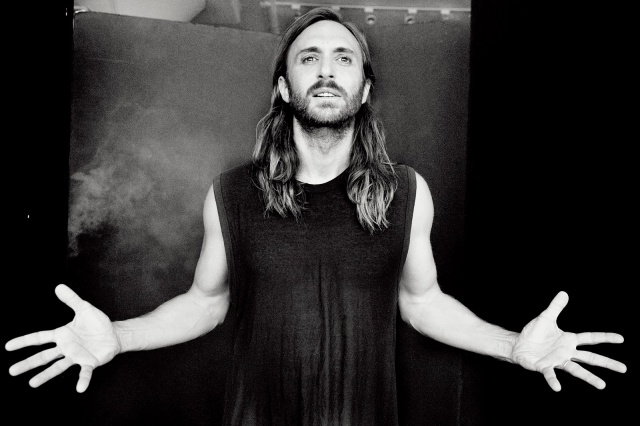 simple person living life to the fullest!
View all posts by Admin →
This entry was posted in Arts, Lifestyle, Music, Uncategorized and tagged Concerts, David Guetta. Bookmark the permalink.