Posted on October 19, 2015 by Admin
Beginning this October 2015, to ensure to give the patrons only the best, Casino Filipino (CF) Angeles will continue to treat its patrons to star-studded shows featuring country’s top celebrity performers.
To be spotted at the Angeles casino branch are “It’s Showtime” host Vice Ganda (November 14), singer-song writer Jose Mari Chan (for the VIP Night on November 20), and the country’s undisputed concert king Martin Nievera (December 29).
Nievera is proud to have been chosen as one of the Filipino artists who will perform in Casino Filipino. “After years of performing in some of the major casino resorts all over Las Vegas and the world, it’s about time I perform here at home,” he excitedly said.
Since it will be his first time to hold a show in CF, Nievera vows to “squeeze in as many of my 33 years of music as I can in one show. It’s an honor to be added to Casino Filipino’s already very prestigious line-up of performers,” he added.
CF Angeles will also feature the MYMP Band on October 14, actress-comedienne K. Brosas (with a live band) on October 17, Luke Mejares on October 23, and KZ Tandingan on October 28.
In November, among the featured celebrity performers are The Company (November 4), Ivy Violan (November 11), Liezl Garcia (November 13), Vina Morales (November 18), Frenchie Dy (November 25) and Willie Nepomuceno (November 28).

One of the best Christmas gifts from CF Angeles to Aldub fans in Pampanga and northern Philippines, on December 2, the “Pambansang Bae” Alden Richards holds a show at the branch together with former Sexbomb dancer Rochelle Pangilinan.
Comedians Le Chazz and AJ Tamiza will also bring the house down on December 16 with their unique brand of comedy while Randy Santiago will serenade casino patrons on December 23. Jose Manalo and Wally Bayola, along with a live band, will also entertain the Angeles casino guests on December 11 while Erik Santos is slated to hold another exciting show in the branch on December 26.
Featuring a star-studded cast in its regular and celebrity shows is in line with CF Angeles’ launch of its ‘We Never Stop’ tagline last August.
After beefing-up its entertainment offerings and services, CF Angeles had also seen improved revenues and customer attendance. 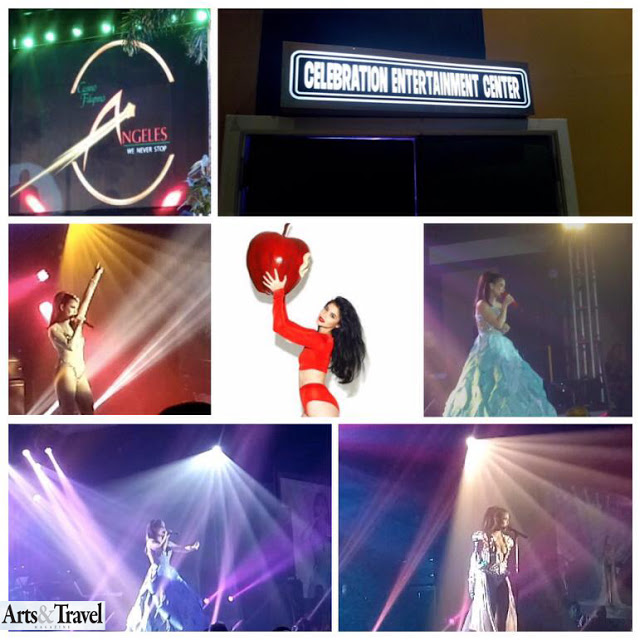 Rivera said that when Anne Curtis held her Annekapal concert in CF Angeles last August 20, they recorded P13 million in revenues. “The average we earn per day is just P8.4 million. That day, it was P13 million. August was really a record-breaking month for us.”
Customer attendance also grew by 16.08 percent in August compared to the same month last year from 76,000 to more than 88,000.
Rivera shared that quality entertainment shows greatly contributed to CF Angeles’ gaming operations revenue.
“Entertainment is a very effective marketing tool. Like Las Vegas, they are also focused on entertainment. That’s the trend. We saw how effective it was so we did it here.”
Through celebrity shows, CF Angeles was able to develop new markets, Rivera explained. “After watching the shows, some guests would go to the gaming area to play. And they come back after experiencing the fun and the thrill of winning. Lately, we observed that there are many new faces especially in the Slot Machine area.”

Celebrity shows, said Rivera, not only benefit the casino but also the whole province of Pampanga.

“We became a provider of quality entertainment to the locals and guests. Even residents from Nueva Ecija, Bulacan and other nearby provinces in Central and Northern Luzon come to watch our shows here,” Rivera said.