Michael Bublé’s highly acclaimed studio album “To Be Loved” has been released with 5 new bonus tracks which is entitled “To Be Loved – Asian Tour Edition”. “To Be Loved”, Bublé’s sixth studio album follows his “Christmas” CD which sold seven million copies internationally and was the number two biggest selling album of  2011 (after Adele). 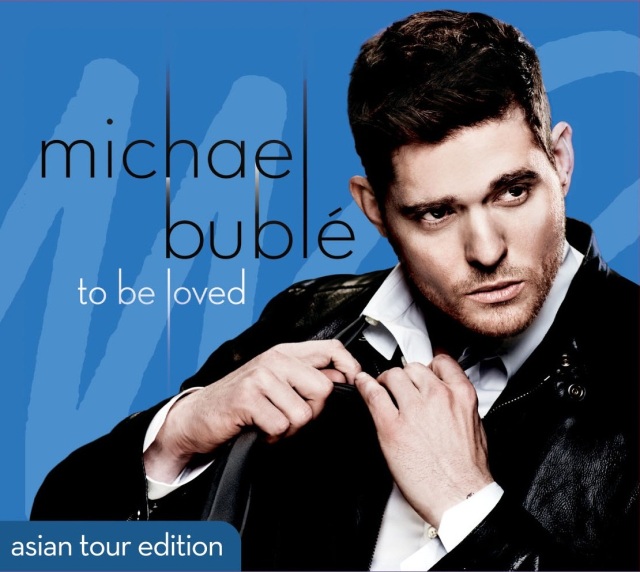 “To Be Loved” produced by Bob Rock was recorded in Vancouver and Los Angeles and includes a mix of standards as well as four original songs all co-written by Bublé. “After All” one of the four originals was co-written and performed by fellow Canadian Bryan Adams.  The new album also includes hits previously recorded by some of Buble’s musical heroes including the Bee Gees hit “To Love Somebody”,  Dean Martin’s “Nevertheless (I’m In Love With You”), the Jackson 5 early ‘70’s smash “Who’s Loving You”, Jackie Wilson’s “To Be Loved” and the Elvis Presley classic “Have I Told You Lately”.  Bublé is joined by actress Reese Witherspoon on the classic Frank and Nancy Sinatra duet “Something Stupid”.

“My new record is about love, happiness, fun and yummy things. Getting to work with my friend and longtime collaborator Bob Rock (“Call Me Irresponsible”, “Crazy Love” and “Christmas”) who produced the entire album was very exciting.  We’re a good team. I love the songs we selected this time out. It was also terrific working once again with my songwriting partners” commented Bublé.

To commemorate Michael’s upcoming 2015 Tour in Asia, a deluxe Asian Tour Edition of To Be Loved has been released. Additional songs include, ‘Softly As I Leave You’, ‘Mack The Knife’, ‘These Foolish Things (Remind Me Of You)’ and more that has never been released in Asia.

This 22 song Special Edition CD is available in Astroplus and Odyssey stores nationwide. Also available on iTunes and Spotify. To get the Close Your Eyes as your ringback tone, Text YOUREYES to 2447 for SMART and 2370 for GLOBE subscribers. Special thanks to 105.1 Crossover Radio. 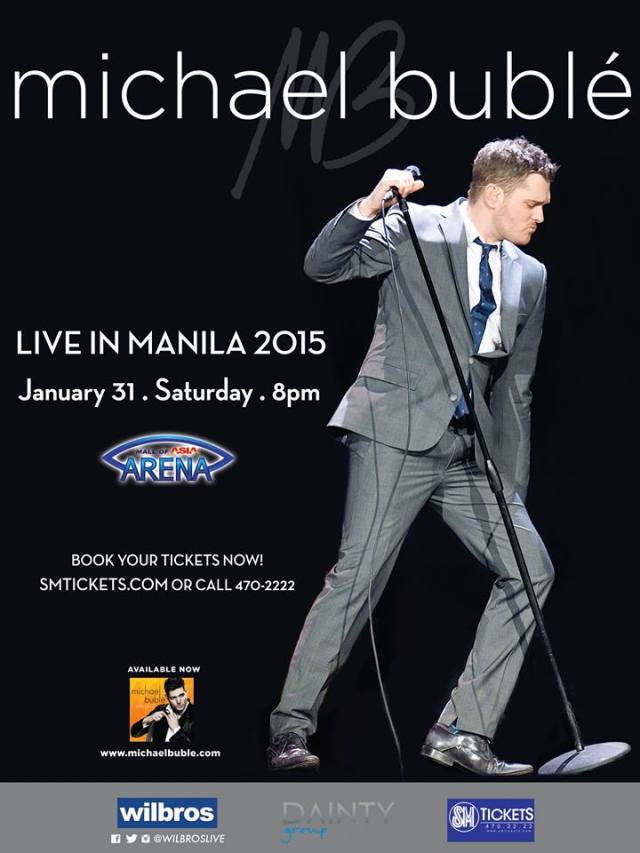 1. You Make Me Feel So Young

6. Come Dance With Me

9. Have I Told You Lately That I Love You (with Naturally 7)

12. Nevertheless [I’m In Love With You] (feat. The Puppini Sisters)

18. Dream A Little Dream Of Me

21. I’m Beginning To See The Light

22. These Foolish Things [Remind Me Of You]

simple person living life to the fullest!
View all posts by Admin →
This entry was posted in Entertainment, Music. Bookmark the permalink.