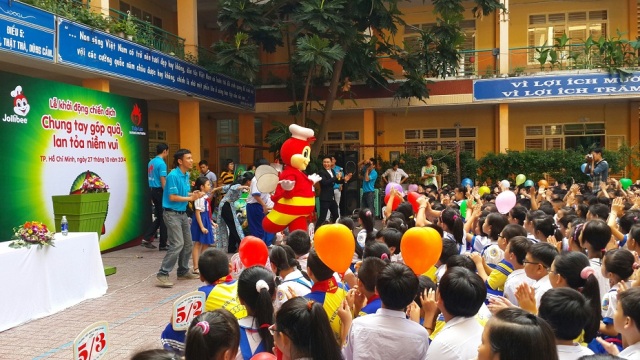 On its 20th year, the Jollibee Maaga ang Pasko sought to spread holiday cheer to even more children not just in the Philippines but overseas as well.  For the second year in a row, Jollibee stores in Hong Kong, Singapore and Kuwait once again opened their doors to accept donations and engage global Pinoys to send gifts for their youngkababayans.

Jollibee Vietnam did its own adaptation of the campaign (“Christmas is Coming”) to benefit local kids.   The store teams in Vietnam led a tour in primary schools in Ho Chi Minh to gather toy and book donations. Making the first international caravan even brighter is a special appearance of everyone’s favorite friend, Jollibee. The fast-food chain’s growing network paved the way in bringing the campaign to foreign shores. To date, Jollibee has 50 branches in Vietnam, three in Kuwait and one each in Hong Kong and in Singapore. 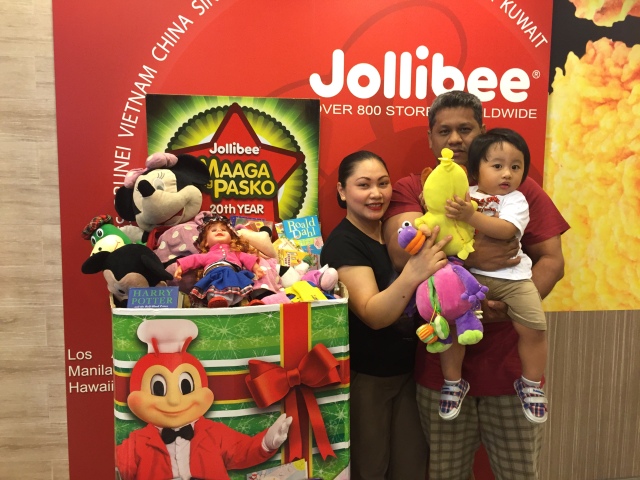 Filipino communities in Singapore readily opened their hearts to donate toys and books to the Maaga ang Pasko campaign.

Since it was launched two decades ago, Maaga ang Pasko has brought early Christmas cheer to over 300,000 children nationwide, through the gift of over 1.5 million toys and books. Generous Filipinos also signed up as Jolly Family Toy Scouts, volunteering their time and energy to clean and prepare donations during the campaign’s clean-up phase.