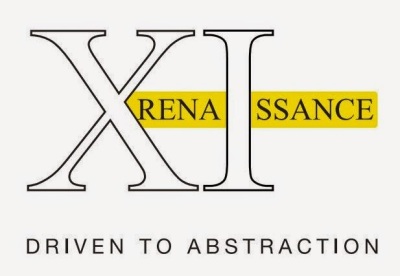 A highlight of the show are the works of master abstractionists such as National Artists Hernando R. Ocampo, Jose Joya and Arturo Luz, as well as Malang, Romulo Olazo, Gus Albor, Lao Lianben, and Nestor Vinluan.
.
Through over a decade, Renaissance Art Gallery has built a reputation as a nurturing ground for emerging abstractionists.
“DRIVEN TO ABSTRACTION”
By CID REYES
In this writer’s early interview, the late National Artist Jose Joya reminded the reader of the universality of abstraction:
“It was only during the late ’50s or early ’60s that I started doing these Abstract Expressionist paintings, and I use that label as mere convenience, a label attached to the New York School of Painting…. Abstraction is an international trend; it isn’t a contemporary development as most people would think. Even in ancient times, the Orientals were already doing calligraphy and Persian geometric designs; it isn’t at all a recent phenomenon…. No, abstraction is not a time-honored convention in the Western world as it is in the Eastern world.”
Credited with having created the first abstract work in the West is the Russian artist Wassily Kandinsky. In 1906, he did a watercolor consisting of squiggly lines and blots of colors commingling, suggesting no reference to the visible world, yet seemingly engaged with the spirit, akin to the mysterious power of music to touch the soul. The works of the American abstractionist Mark Rothko were said to move the audience into tears.
Thus, through over a century, abstraction has evolved its many variants, from gestural to geometric to minimalist. In his last public lectures, Kirk Varnedoe, director of the Museum of Modern Art, then in the grip of a terminal illness, kept the faith and trained one final light on abstraction: “It is the production of forms of order that are not recognizable as order, but vehicles of feeling that seem impersonal, vessels of intelligence that appear utterly dumb. Abstract art is a symbolic game, and it is akin to all human games: you have to get into it, risk and all, and this takes a certain act of faith. But what kind of faith? Not faith in absolutes, not a religious kind of faith. A faith in possibility, a faith not that we will know finally, but faith in not knowing, a faith in our ignorance, a faith in our being confounded and dumbfounded, a faith fertile with possible meaning and growth.”
Indeed, there are Filipino artists, too, who believe in this faith. In 1951, the first group exhibition exclusively devoted to abstraction, or nonobjective art, was held. Over half a century later, Renaissance Art Gallery continues to uphold the tradition of promoting the works of both emerging and established abstractionists.
From its inception eleven years ago, Noli and Agnes Romero made a commitment that the aptly named gallery will be instrumental in the rebirth and regeneration of abstraction in the country.
To this day, they are driven by the conviction that abstraction is an essential visual language that enriches the human spirit, capable, as no other idiom can, to connect man to the depths of universal emotion.

simple person living life to the fullest!
View all posts by Admin →
This entry was posted in Arts. Bookmark the permalink.