Posted on February 14, 2014 by Admin
Discover how animals seduce a potential mate, go through interesting courtship rituals and express love and attraction in Animal Planet’s two-hour, four-part series, Love is in the Wild. 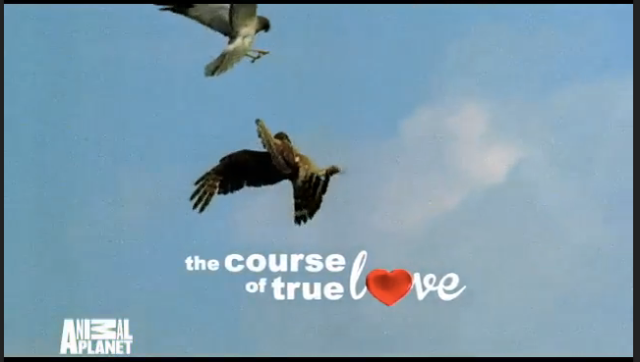 Venture into the animal kingdom’s world of romance, extraordinary lovestories, unusual mating rituals and everything else in between on Animal Planet’s VALENTINE’S WEEKEND! In this three-day special, discover how various animals pursue their ideal mate and explore the amazing courting approaches exclusive to each species. Also, tune in to the tales of remarkable bonds shared between animals and human beings.
The love fest airs back-to-back for two hours beginning Friday, February 14 from 9:00 p.m., kicking off with the premiere of a brand new four-part series, LOVE IS IN THE WILD.
Witness a classic romance between two young monkeys in Romeo and Juliet: A Monkey’s Tale.
Catch Wildwives of Savannah Lane and uncover how the real queens of Savannah impose their law and outdo their male counterparts in the wild.
Plus, get to know dedicated pet lovers who sometimes love their animals more than human beings on Dangerously Devoted, and follow a heartening story about love and friendship between a man, his wife and three pet African cats on Daniel and Our Cats.
Visit and watch https://discovery.box.com/s/cuef8n67ae4bem8l6owf.
Here’s the latest news from Animal Planet!
On LOVE IS IN THE WILD, witness the tricky path of feral love and unravel how animals in the wild go through a succession of diverse and well-organised rituals to find a companion. Visit the habitats of baboons, Barbary and Japanese macaques and orangutans, and learn about their lifestyle and behavioural differences such as eating habits, social nature and sexual behaviour. Observe birds of the forest – coots, tits, grebes, mallards and hen harriers – in their most important activity of the year, seducing, mating and creating nests. Journey to the Masaï Mara nature reserve, in the southwest of Kenya and watch how animals, both predator and prey, maintain their social relations in the brutal African plains.
Then, visit the landscapes of Australia and unearth the unique, and sometimes bizarre, courting strategies used by males to lure females. Some of which include “boxing fights” carried out by red kangaroos, mating dances Victoria’s riflebirds fulfill to attract their partners and a synchronised display of courtship bows performed by rainbow lorikeets to impress their lifelong companions.

Also happening this VALENTINE’S WEEKEND, tune in to a classic romance story of two young monkeys in ROMEO AND JULIET: A MONKEY’S TALE. Offering quirky, new insight into relationships in nature, discover the destinies and adventures of the real queens of the savannah, where females impose their law and rules and outdo their male counterparts on WILDWIVES OF SAVANNAH LANE. Meet DANGEROUSLY DEVOTED pet lovers who sometimes love their animals more than human beings and follow the heartwarming story of love and friendship shared between “lion man” Daniel Radziej, his wife Catherine and their three pet African cats on DANIEL AND OUR CATS.
LOVE IS IN THE WILD encores every Saturday at 1:00 p.m., Sunday at 4:00 p.m. and Monday at noon.

Animal Planet is the world’s only brand that immerses viewers in emotional, engaging and passionate content devoted to animals – from wildlife to pets. Animal Planet connects humans and animals with rich, deep content and offers animal lovers access to entertainment, information and enrichment via multiple platforms including television, online and merchandising extensions. Animal Planet is available to 390 million subscribers worldwide.
Animal Planet launched in Asia-Pacific in 1998 and is currently distributed to more than 175 million subscribers in 30 countries and territories in the region.
For more information, visit Animal Planet at asia.discovery.com.
About Discovery Communications
Discovery Communications (Nasdaq: DISCA, DISCB, DISCK) is the world’s #1 nonfiction media company reaching more than two billion cumulative subscribers in 224 countries and territories. Discovery is dedicated to satisfying curiosity through 196 worldwide television networks, led by Discovery Channel, TLC, Animal Planet, Science and Investigation Discovery, as well as U.S. joint venture networks OWN: Oprah Winfrey Network, The Hub and 3net, the first 24-hour 3D network. Across the Nordic region, Discovery owns and operates SBS Discovery Media, a top-three portfolio that feature leading nonfiction content, as well as locally produced entertainment programs, sports and the best scripted series and movies from major studios. Discovery also is a leading provider of educational products and services to schools and owns and operates a diversified portfolio of digital media services, including Revision3. 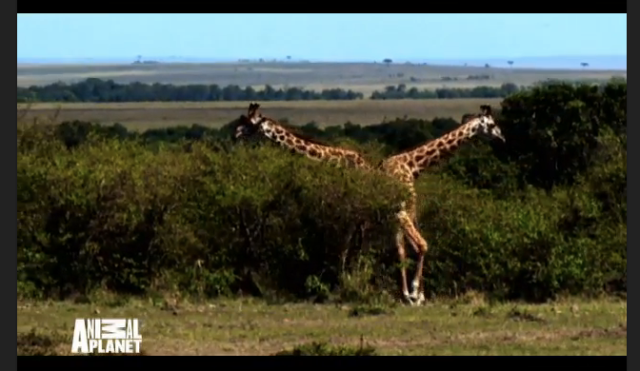 LOVE IS IN THE WILD
Episode Descriptions
A Monkey’s Life
This documentary follows four families of primates – baboons in Kenya, Barbary macaques in Morocco, and macaques in Japan and orangutans in Borneo – to uncover the differences between each species. Some of these differences include social relations, eating habits and mating behaviour.
One Day In The Forest
In this documentary, follow the outland road to the woods and fields and see how nature comes back to life during spring. Join the birds of the forest in their most important activity of the year courting, mating and creating nests. Also, meet one of the rainforest’s most fabulous inhabitants- the red deer.
One Day In The Savannah
The African Savannah may be a place where predators reign mercilessly. Nevertheless, animals in the plains of Africa spend a lot of time maintaining their social relations, be it predators or prey. Spend a day in the Masaï Mara nature reserve – in Southwest Kenya – and experience a land brimming with life.
One Day In Australia
Australian landscapes are among the oldest in the world. Since its isolation from the rest of the world some forty million years ago, this huge island has become abundant with flora and fauna. Visit this rich wildlife and uncover the wonders of Australia that cannot be found anywhere else on Earth.
VALENTINE’S WEEKEND
10 BIZARRE MATING RITUALS