The Philippines’ home of the most prestigious red carpet events is once again bringing the year’s most anticipated awards night!  Velvet airs the 65th Primetime Emmy® Awards live and exclusive from the Nokia Theatre in Los Angeles, California on Monday (September 23) 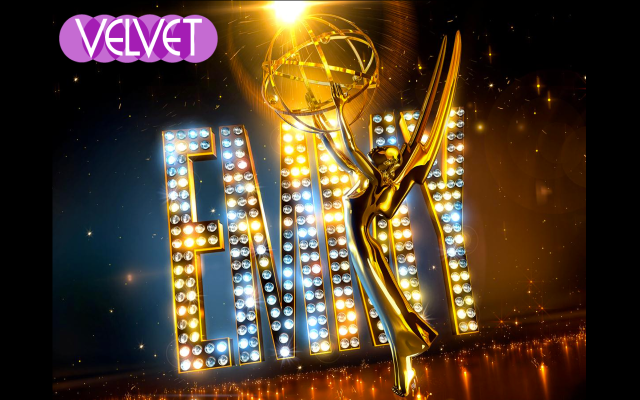 In recognition of outstanding contribution to the television industry, the Primetime Emmy® Awards bestows the U.S. television industry’s highest honors for national primetime and late night programming, with awards presented in 27 categories including areas of exceptional merit. This year’s glamorous event will be hosted by Neil Patrick Harris.

This year’s ceremony is especially grand, as legendary solo artist Elton John will be performing for the first time ever on the Emmys® stage. The multi-awarded superstar’s performance will serve as a tribute to the late, world-renowned performer Liberace, whose HBO biopic, “Behind the Candelabra” is nominated for fifteen Emmy Awards this year.

Aside from all these, the “In Memoriam” segment will be presented in a unique new format this year.  Close friends and co-workers will be paying personal tribute to five individuals from the TV industry, including Jane Lynch, who will remember her friend and “Glee” co-star Cory Monteith; Edie Falco, who will remember “Sopranos” co-star James Gandolfini; Michael J. Fox who will pay tribute to “Family Ties” producer Gary David Goldberg; Rob Reiner will pay tribute to his long time “All in the Family” cast member Jean Stapleton; and Robin Williams will remember his friend and mentor Jonathan Winters (“Mork and Mindy”).

simple person living life to the fullest!
View all posts by Admin →
This entry was posted in Arts, Entertainment, Lifestyle, Music. Bookmark the permalink.