NCAF, Indie.go Media and PETA brings the audience back in time as they re-tell the lives of three generations of a Filipino family recalling the EDSA revolution.
PAMANA is about three generations of a Filipino family with differing points of view on the effects of the EDSA revolution.
Leading the cast is Malou de Guzman as Lola Azon; Bodjie Pascua as Turo, Azon’s husband; Jett Pangan as Edgar, son of Lola Azon and Trina’s father; and Kakki Teodoro as Trina, grand daughter of Lola Azon. 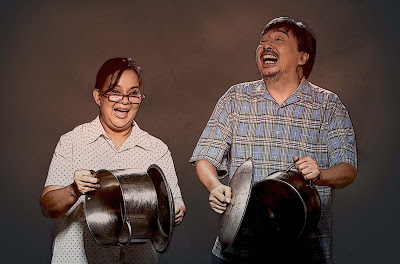 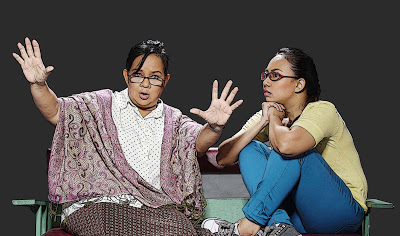 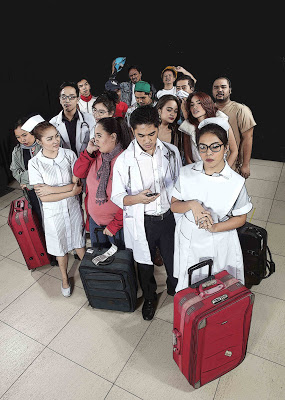 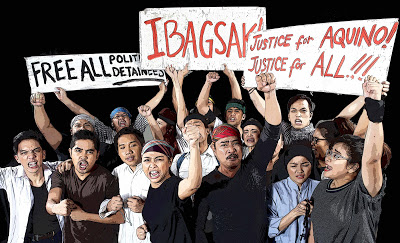 Synopsis of PAMANA
Three generations of a family: Lola Azon, her son Edgar, and a granddaughter Trina relate their lives and relationships with each other in the context of the historical developments of the country since Ninoy Aquino died up to the present time.  Lola Azon, 35 years old then, when Ninoy was killed at the tarmac of the airport, is a streetsweeper (Metro Manila Aide), when she experienced her own “epiphany”. She witnesses the hordes of people who marched through the funeral of a man she hardly knew. And through the years of protest rallies and struggle to end a dictatorship, she found hope and strength in the power of a people guided by a higher Power through prayer.
Edgar, however witnesses the fading and the corruption of that pure hope as the years of “democracy” went by. He was witness to the EDSA People Power 2 and how it even went rock bottom when corruption and scandals got worse than what the people clamored against. Edgar becomes disillusioned and heads for Saudi Arabia to seek a more stable life for his daughter and mother. His cynicism about the Philippine condition never changes. He has always become skeptical about how this country could ever redeem itself. After a long separation from his mother and daughter, he comes back with the hope of bringing his family to immigrate to Canada.
Trina was 13 when Cory died. She relates how her father’s cynicism rubbed off on her at first. But upon seeing the funeral, the same “epiphany” came upon her, the way it did to Lola Azon way back in 1983. She was overwhelmed by the huge farewell funeral march given by the Filipino people to a woman who died in silence—serving and loving her countrymen. This struck her. Is her father’s cynicism true at all? Can’t a country rediscover this strong faith in spiritual transformation to recover from national despair and fatigue?
When finally in the present time, Edgar comes back to tell the “good news” of his decision to bring them all to Canada, Trina refuses. She is undergoing her own journey since Cory’s death and has arrived at certain decisions for her own life as well.  There are so many things that one can do. So much potential, so many possibilities. Rather than go to a country she doesn’t even know or care for, here she can fulfill her dream, a dream that could be shared by her countrymen.
In the face of all their differences, Azon quietly passes away.
Interspersed with our “front story” are the words of Ninoy and Cory, who through their lives have insisted on a life of service and love for their countrymen as the singular manifestation of loving and serving God.  This presentation aims to locate Ninoy and Cory’s commitment to God and the Filipino  in the context of our ordinary lives.
PLAYWRIGHT’S NOTES
RODOLFO VERA
“The germ idea of this play was brainstormed by by Jun Reyes, Maribel Legarda and I in one of a few conversations over coffee and merienda. In the course of our conversations, we realized that a more fitting tribute to our heroes does not need to be a retelling of their lives and achievements per se. The importance of heroes can only be manifest through the numerous lives of people that they have inspired. How their ideas and their historical decisions in life resonate in the daily, mundane lives of ordinary people like Azon, Edgar, and Trina. This is the main compass that guided the main direction of this work. It does not only pay tribute to Ninoy and Cory themselves, for while their lives are exemplary, admirable and inspiring as they are, their greatness can only be complete and total if the power of their legacy touches the lives of millions of their countrymen.
This is how we remember our heroes. Not just through monuments or declaring official holidays, but more importantly in connecting them in our daily struggles and tribulations. Our collective vicissitudes that define our history as a nation, taken together will be marked by the light they have shown to guide us.”
All performances will be held at the Meralco Theater, Ortigas Center, Pasig City. Here’s the show schedule:
August 21, 2013          :     7:00 pm
August 22, 2013          :     8:00 pm
August 24-25, 2013      :     3:00 pm and 8:00 pm
For further details, call PETA Theater Center at numbers 725-6244 or 09064817333.
Tickets are also available through Ticketworld at 891-9999 or visit www.ticketworld.com.ph
Follow online through Facebook
http://www.facebook.com/iamninoy.iamcory
http://www.facebook.com/JourneyAlbum<>
http://www.facebook.com/NCACL
and Twitter (@iamninoyiamcory)

simple person living life to the fullest!
View all posts by Admin →
This entry was posted in Arts, Entertainment, Music and tagged Musical, Stageplays, Theater. Bookmark the permalink.